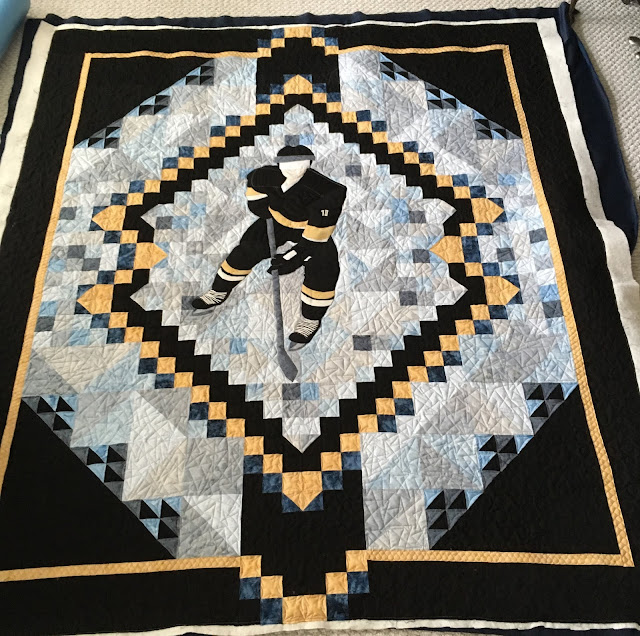 I've gotten permission to share this quilt now...actually, I received the permission about a month ago, but ALL of my computer time in the past month was spent on non-quilty things, so now I'm catching up here.

Vicki made this quilt for her son, the pattern is Center Ice by Gendora's Girl (Jacque Riddlemoser), and I cannot find a link for it that isn't Pinterest, so I didn't link to the pattern.  Vicki altered the pattern to suit herself.

If you look closely you can see Vicki embroidered some facial details. 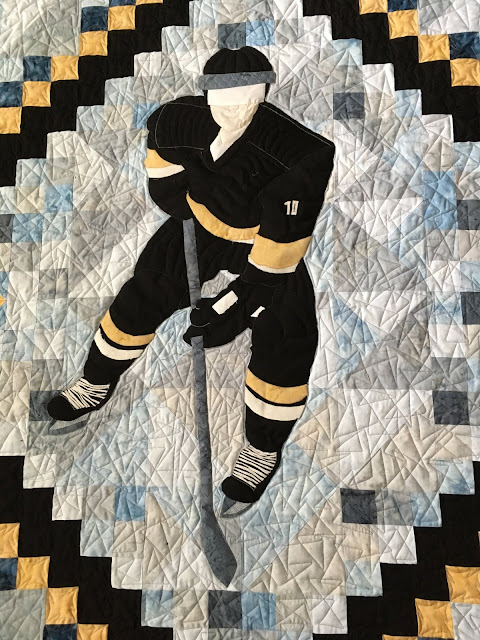 The colors, are, of course, the team her son played on, and his number.   I love love love the laces on the skates. 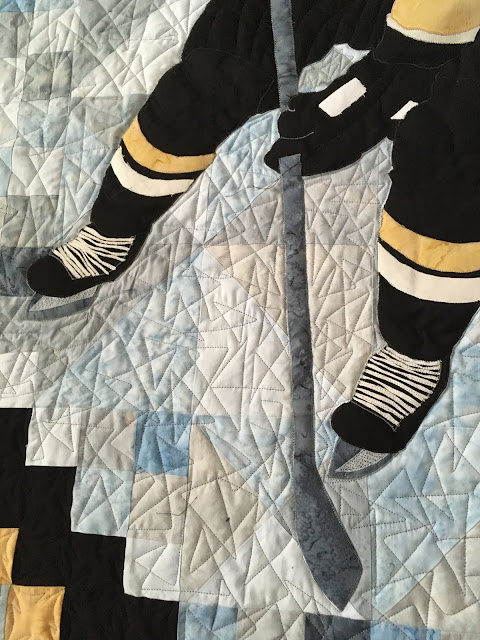 This is an example of light custom quilting--it pays attention to the piecing, but doesn't involve rulers or other very time intense quilting.  The center ice is jagged straight lines--like the ice surface looks after the game is in progress. 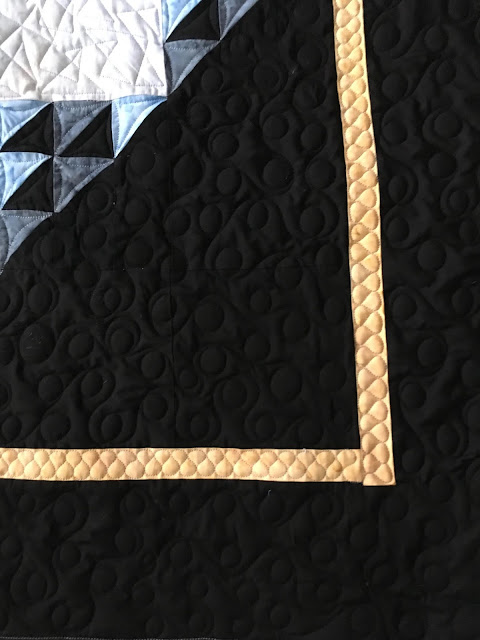 The black edges got loopys -the hockey players spin a lot too, moving the puck around, avoiding the other team.  Some ribbon candy in that inner border--like skating around pylons during drills. 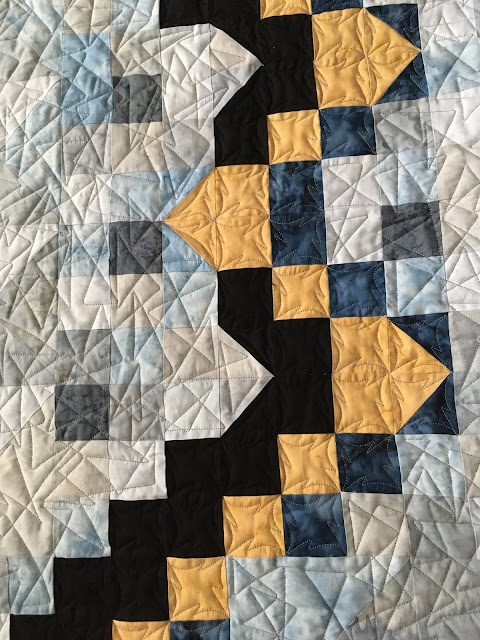 and some jagged continuous curve in the 'boards'

I echoed around the hockey player, and did some contour stitching within, he was too large to leave unquilted.....it shows better from the back.  The backing is a lovely navy cuddle. 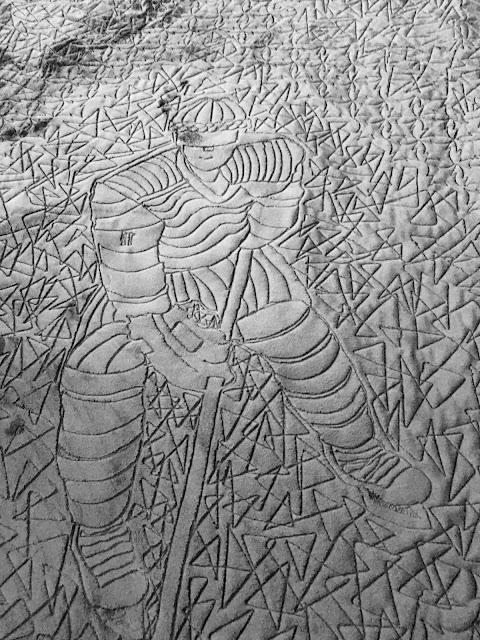 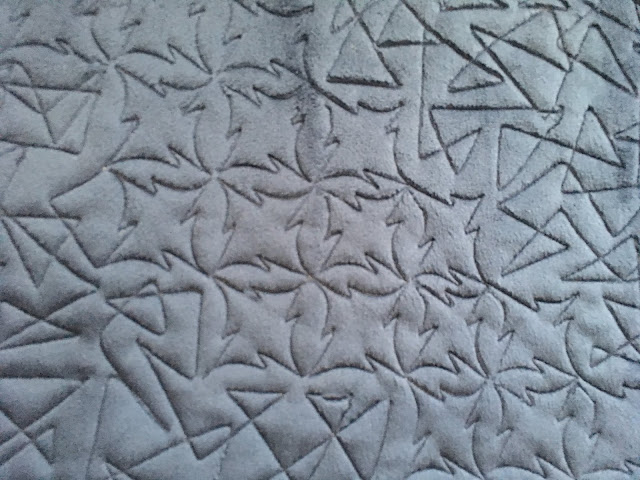 Her son now has this quilt on his bed in the dorm at University. 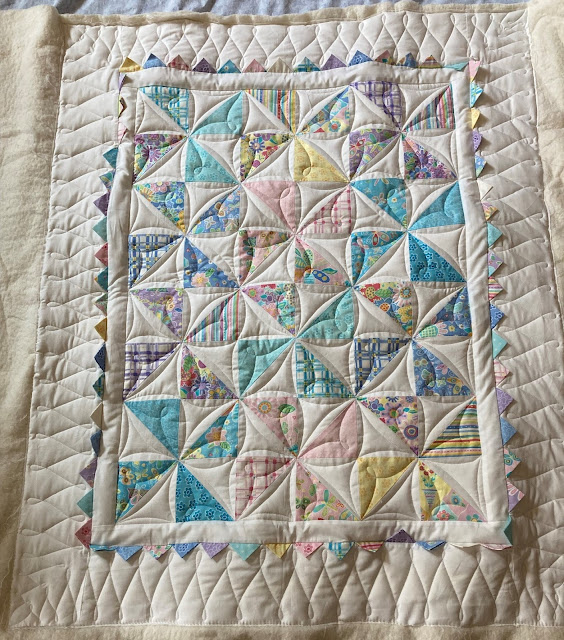